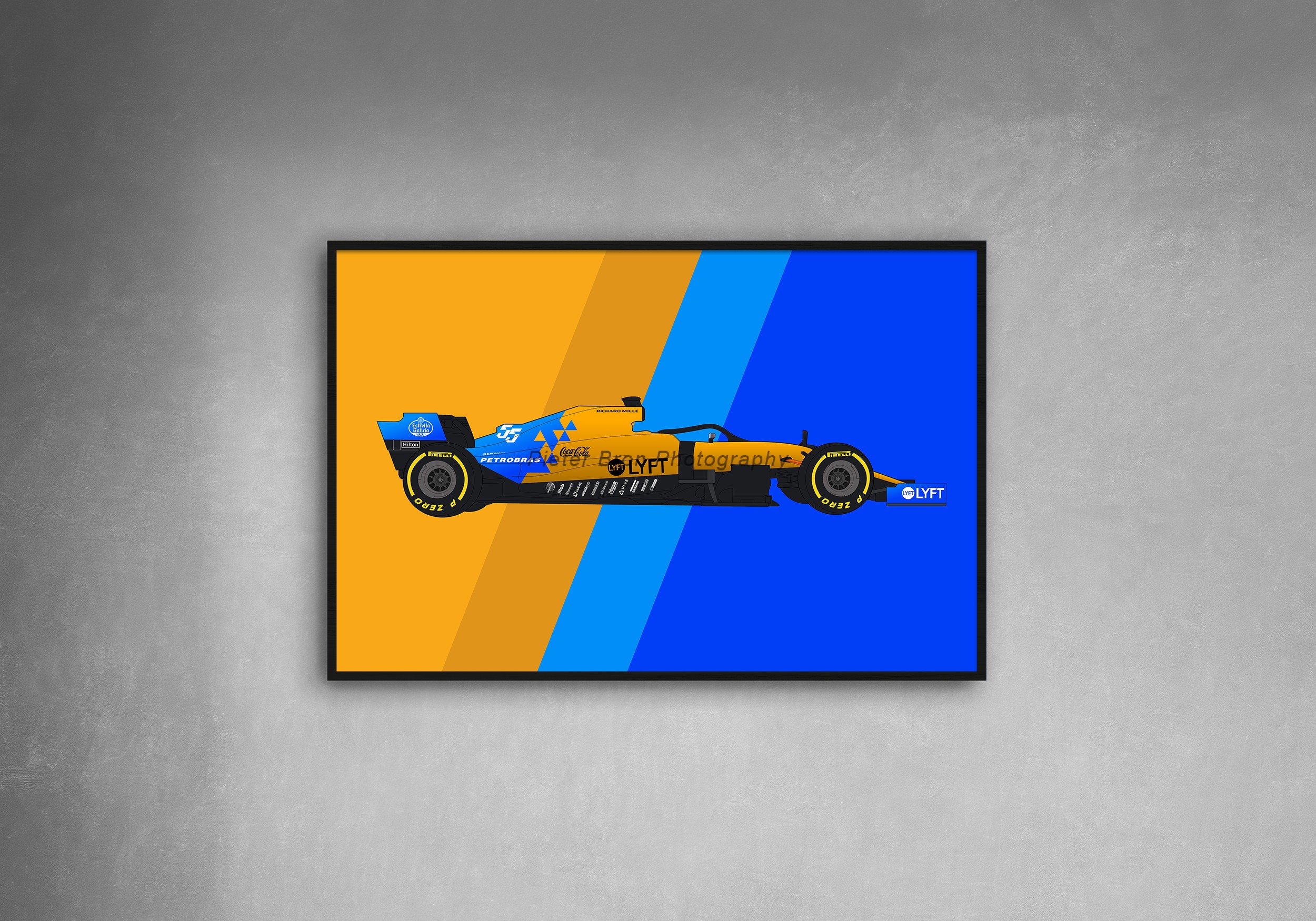 Hand-drawn in Illustrator, this work depicts McLaren’s MCL34 Formula 1 car, as used in 2019.

After a majoy shuffle in high-profile staffing positions at McLaren, lead by Zak Brown, McLaren delivered their MCL34 with a radical new design. Not only in terms of performance, the MCL34 also vastly differs in its livery from its predecessor. Lauded as one of the best looking McLaren liveries in recent years, the MCL34 finally managed to get their orange tone just right. Paired with a nicely balanced deep-blue colour and the catchy triangle design seperating the two colours it truly is a pleasure to see the car in action.

The logos on this particular artwork are based on their mid-season logo setup, featuring the LYFT logo’s as depicted in, for example, the Austrian GP. Should you desire a different logo setup, do not hesitate to contact me.

Other sizes than seen on RedBubble available. This is a vector drawing, and can be increased in size to as large as you want!