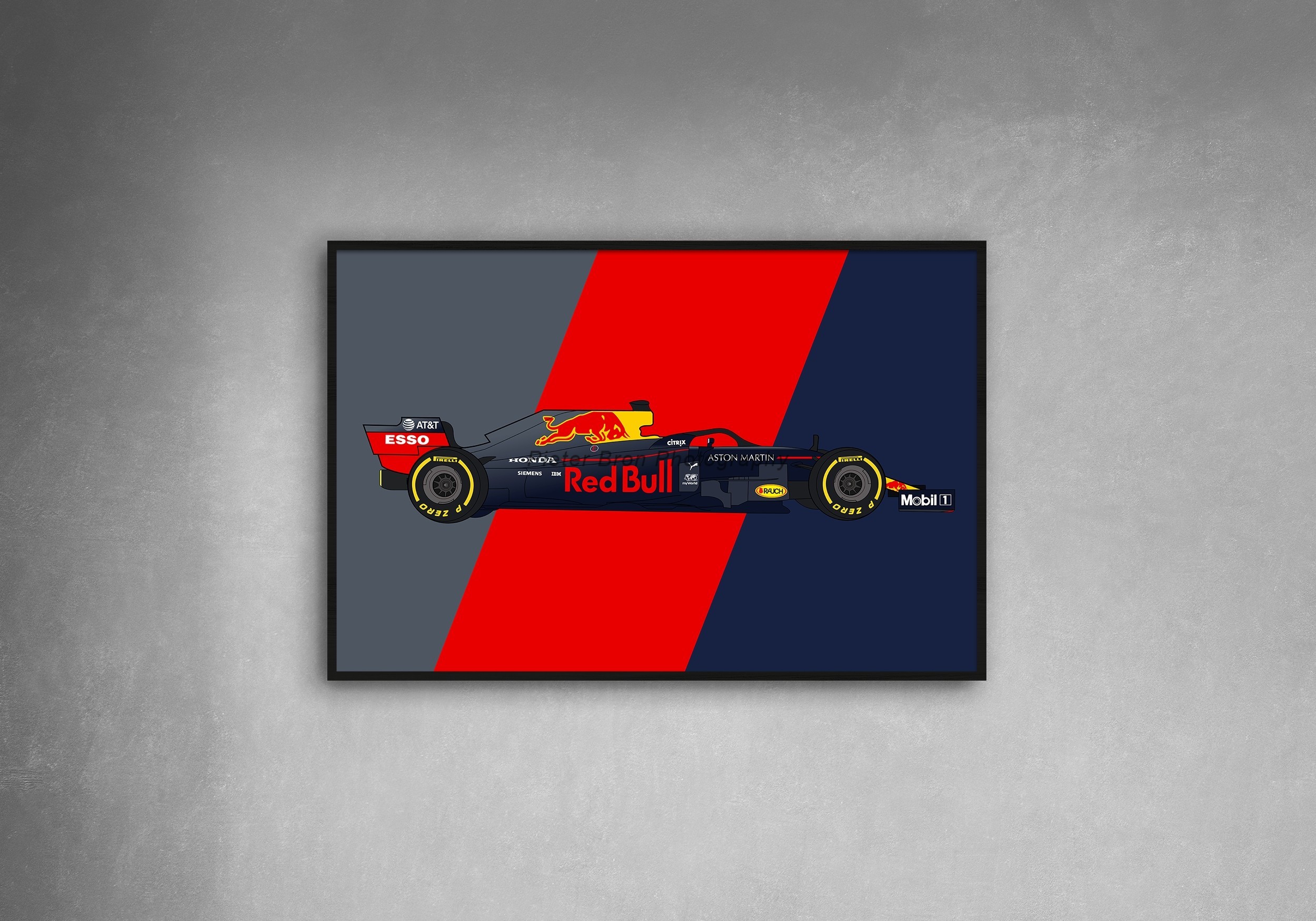 Hand-drawn in Illustrator, this work depicts the Red Bull RB16 Formula 1 car, as used in 2020. The logos on this particular livery are based on the pre-season testing livery.

Charging on from their rapid pace at the end of last year at Abu Dhabi, the Red Bull RB16 is an evolution of the RB15. Red Bull believes they fixed a key issue from their RB15 with their RB16: a high susceptibility to wind changes.

Furthermore, both Red Bull and Honda mention that they are very happy with the engine improvements over the winter. This is rare sight in the Red Bull paddock, as their previous engine partnership with Renault was rocky a best. Renault kept overpromising and underdelivering performance improvements. This does not seem to be the case with Honda, having made signficiant gains in engine performance and reliability.

As a result, the new engine performance pushed Adrian Newey and his team towards new, unchartered territory with regards to the chassis. It’s the first time in years that the engine pushes the chassis to its limits and not the other way around. Max Verstappen mentioned this during summer 2019, as Honda already made significant gains since then.

Everything is set at Red Bull to finally challenge for the world championship, if they manage to hit the ground running this year. Let’s see what happens in 12 months time. Of course, COVID-19 also puts a WDC into perspective. As of writing this piece, its said that between 15 and 18 races are held this year. However, this may still change.