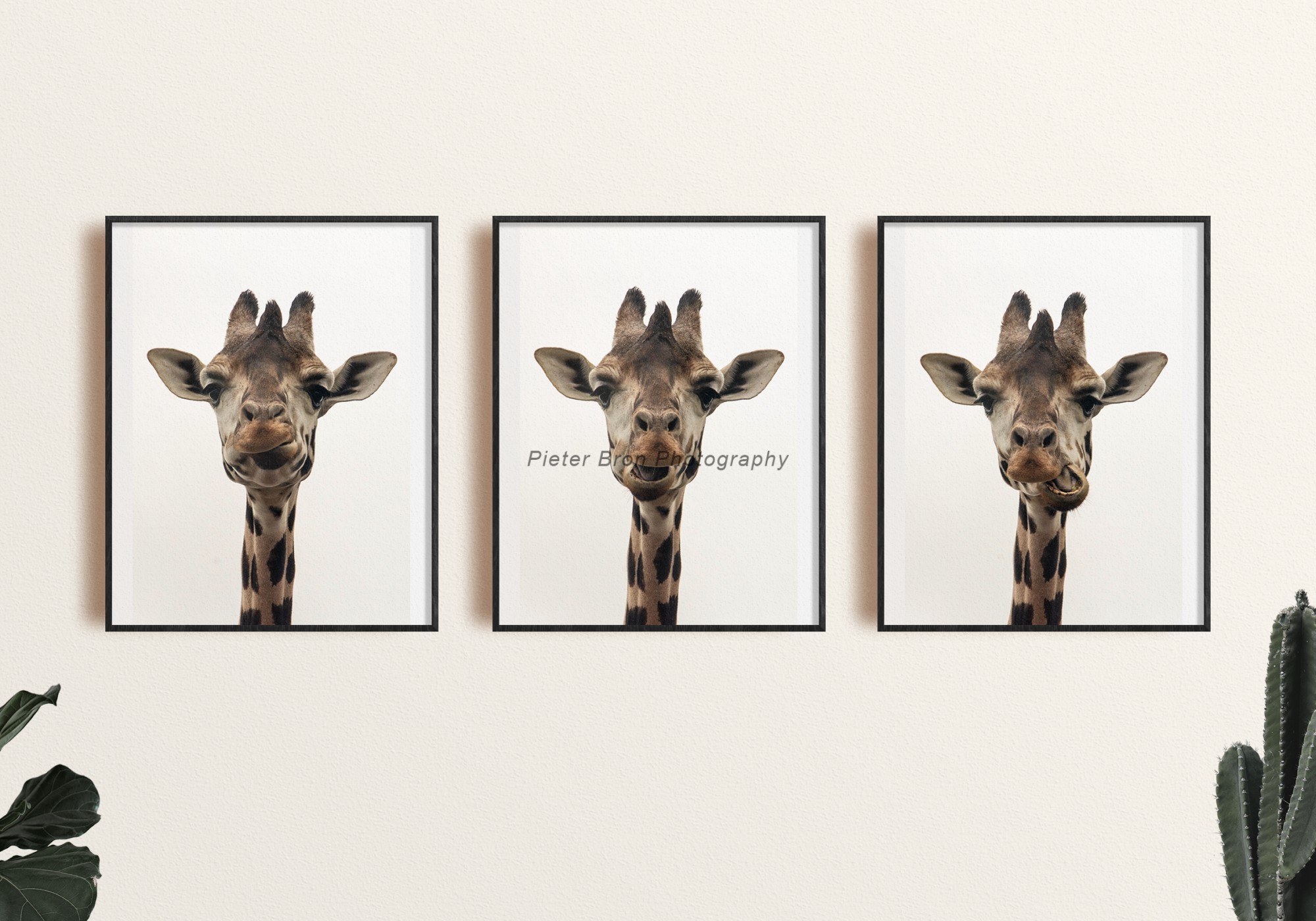 View the Collection on RedBubble

Feeling goofy today? This giraffe sure does! Each giraffe, just like humans, has its own character. This one visited our car and started licking our roof. Fortunately, he decided that his own food was more delicious, and he wildly started chomping on it right in front of us. These three pictures are the goofiest ones I managed to take and have been hanging on our walls ever since.

There are currently nine subspecies while there is only one species of Giraffe. From the outside, their distinctive feature is their different spot patterns, which varies from sort to sort. However, even though the IUCN recognized only one species of Giraffe in the past, current research narrates a hypothesis that there may be four species instead. In short, there is a bit of an unknown factor whether some subspecies together form a seperate species as a whole.

The map below depicts the natural habitats of all subspecies. Given the size of Africa, these habitats are far away from each other, making natural interbreeding a rarity.

Each subspecies has its own distinctive spotted pattern, depending on the region they live in. Mothers pass on spot patterns, and Giraffes use them for identification of ancestry as well as camouflage from predators during their infancy period.