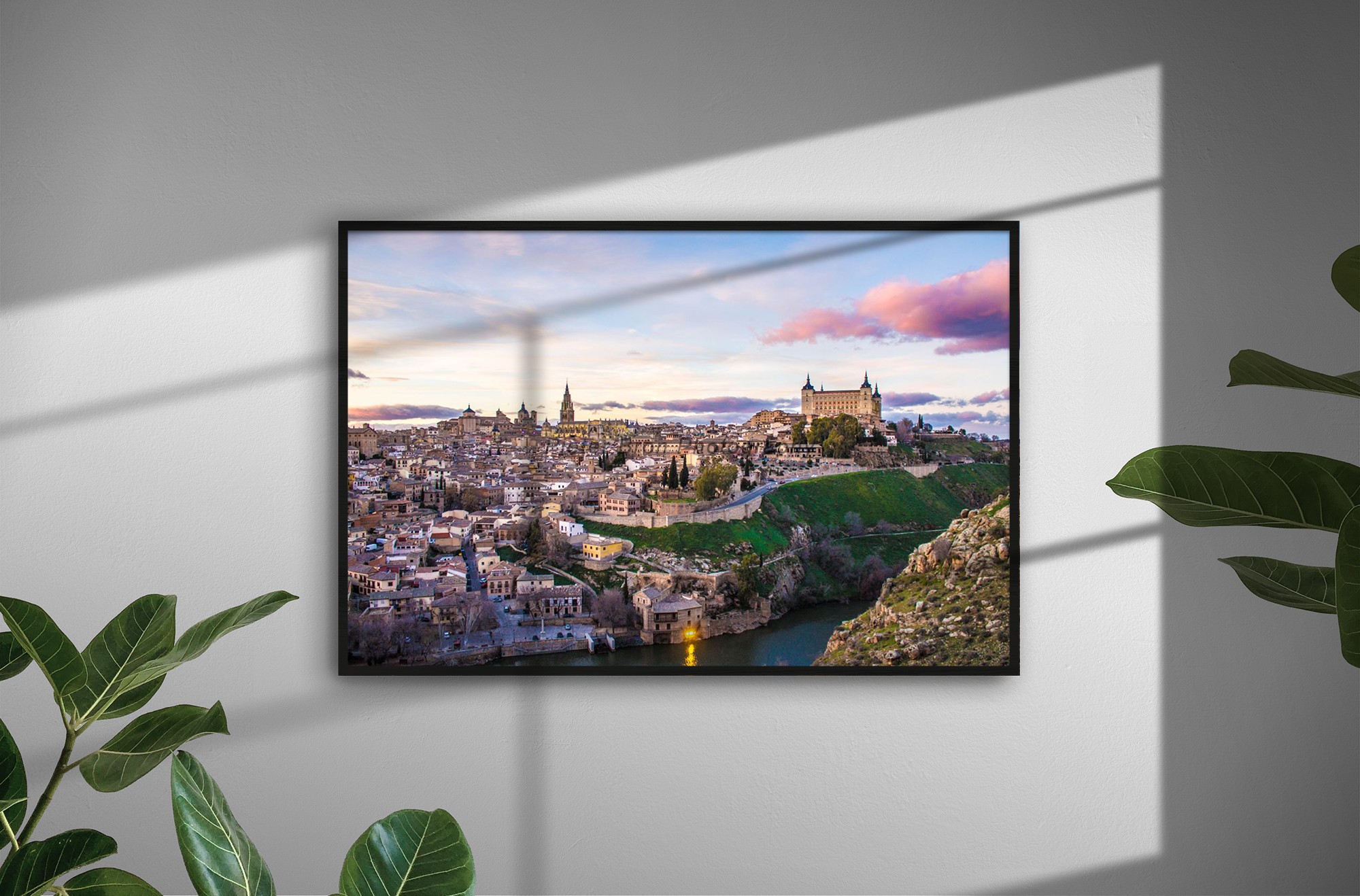 A sunset is casting beautiful colours over the valley of Toledo. The city is known as the Imperial City as it was the main venue of the court of Charles V, Holy Roman Emperor in Spain.

This particular picture captures both Toledo and the Tagus river, which encapsulates the city from three side in a 180 degrees bend. The Alcazar fortress is pictured top right, which was once used as a Roman palace in the third century. Nowadays, it holds the collection of the Army museum.